The Club began on 29 October 1890 with a meeting at the George Hotel, Stamford at which the Marquis of Exeter consented to the building of a ‘links course’ on the Burghley Estate with the Marquis being duly elected President. This presidency was held for over a hundred years by the Marquis and a number of his descendants, including the Club’s current President.

The course was originally located on the ‘Waterloo Plain’ but re-located in 1901 to ‘High Park’, which is the current location. The reason for the move was that the Marquis wanted to produce hay on the Waterloo Plain!  At this stage, the course was cut out of the natural grassland which still runs through the whole park.

The Club developed slowly in the early days but play nevertheless continued during the Great War, during which time a Croquet Club was formed with part of the course being used in the 1920’s by the Hockey Club.

Modernisation came to BPGC in 1930 with the purchase of a tractor and the subsequent committee squabbles about the building of a shed for its storage, which is a far cry from the very latest John Deere and Toro equipment the Club has today. Although part of the course was closed in 1942 during the Second World War, nine holes were always kept in playing condition. Play on the course has been continuous throughout its history, making it one of the most long established courses in the country, with greenkeeping in the hands of volunteers in those early days.

Progress on the course was made during the 1950’s with the introduction of bunkers.  All the way through this period, sheep continued to graze the course, with the greens protected by fencing.  We believe those animals 'laid' the foundations of our excellent fairways today.

The course has gone from strength to strength over the last 100 years in terms of quality and the standard of fairways and greens in particular.  In those intervening years, the course has seen the sheep removed to other areas of the Estate, trees planted to line the fairways and back greens, and a practice ground developed with transfer of the Hockey Club.  As a result of the underlying limestone, and geological foundation, the course is fast drying and as such is playable in all, except in the very worse weather conditions.  This unusual drainage capability, has allowed the site to develop a native grassland links type of golf course, with indigenous bents and fescue grasses more reminiscent of a seaside links golf course.

The present layout of the course has not been changed a great deal since the late 1950s although a walk around it does show the occasional old tree or green from a previous era.  As on many old golf courses, teeing grounds tend to get moved more than the hollowed greens and in the past 37 years several tees have been re-aligned to add extra length and interest to the holes.  The course saw the introduction of an irrigation system, for greens and tees back in 1992.

The course has always had a good or even special reputation within the local golfing community, having been managed by the same Head Greenkeeper for some 35 years.  In fact, the first greenkeeping staff were employed in 1980.

Back in 2007, the Club recruited Tom McKenzie to review the course and to make recommendations as to its future development.  Whilst some of those recommendations were implemented at the times, the last couple of years have seen a significant increase in the level of investment.

With the assistance and guidance of Gordon Irvine, one of the country’s leading Master Greenkeepers, the Club have recruited a new Course Manager, embarked on an investment programme for all course machinery, recruited and retrained a new team of greenkeepers, increased the budget for course materials, started a tree removal programme and initiated a 5 year programme to redevelop and reshape many of the holes on the course.  We have recently added a new covered practice range to the existing practice putting and chipping greens.

We are pleased to say that the initial results of this regeneration and investment programme are excellent.  We are getting positive feedback from members and visitors alike.  We are excited by the future potential and confident that the course will be enjoyable for golfers of all types and standards.  Equally, given it’s natural grassland foundations and mainly bent and fescue grasses, we are focussed on developing and maintaining the course to the highest levels of sustainability and husbandry.

The course is situated in a lovely location near Burghley house along with a course that plays well in any condition. 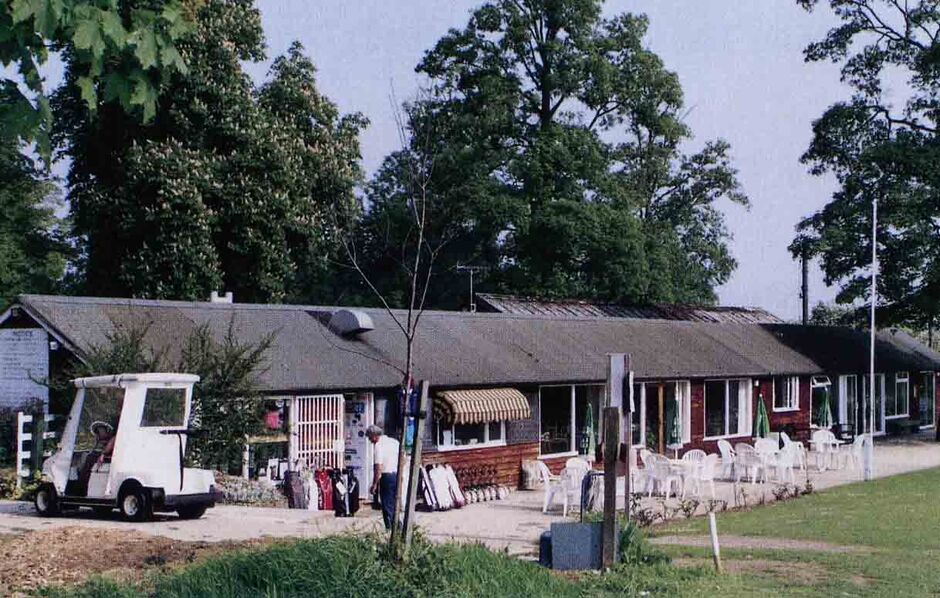